My notes say that I bought tickets to Athens on March 1. As if things would be normal in two months. The first nine days of March, which I wrote about last time, did seem completely normal. Then we went to Queenstown/Wanaka and Taranaki. As we were at Taranaki, things quickly became not normal. The last 11 days have been a whirlwind, and only in the past few days have I been able to get some research done.

Second month (plus 10 days) in Wellington

We’ve now passed the halfway mark for my time in New Zealand, even with an extra 3 days courtesy of Air Canada/Air New Zealand—they rescheduled my return flight from 29 Apr to 2 May and I didn’t notice until I got the seat change email. I’m totally fine with an extra 3 days in New Zealand. Classes have started again. I guess it’s like September in the northern hemisphere. Days are only 13 hours now, on their way to 10.

Sabbaticals are a large block of unscheduled time. Time always passes. Have I done stuff in my time in Wellington so far? Professional I’ve started a number of collaborations with colleagues in Wellington, and am thinking of a survey paper and an essay in particular. I’m excited about contributing to these projects. I hope to have more to report in my February update. In other news I have a climbing-related submission to the Journal of Outdoor Recreation and Tourism (sadly an Elsevier journal) which got a revise-and-resubmit.

Bryan Cantrill (of dtrace fame) writes about engineering performance management. https://twitter.com/bcantrill/status/1216491216356823040 He suggests the following five questions for engineers to answer twice a year. What are you most proud of in the last six months? What did you learn? Where did you struggle? What are you anxious about in the coming six months? What are you excited about in the coming six months? Most proud of Having recently removed the se-director email from my Thunderbird, I realized that this role consumed a lot of time and energy.

New year, new website! I hope to start breaking out of Associate Professor Purgatory in 2020 and what I’ve accomplished in 2019 will lay the groundwork for that. Professional I completed my 3 year 4 month term as SE Director. It’s been rewarding but work/work balance means that I’ve had less time to spend on research. SE Director I was thrilled that my students successfully nominated me for the Friend of EngSoc award. 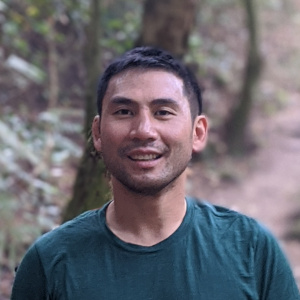 Associate Professor of Electrical and Computer Engineering at the University of Waterloo; patrick.lam@uwaterloo.ca